Zero To One – Entering the startup world 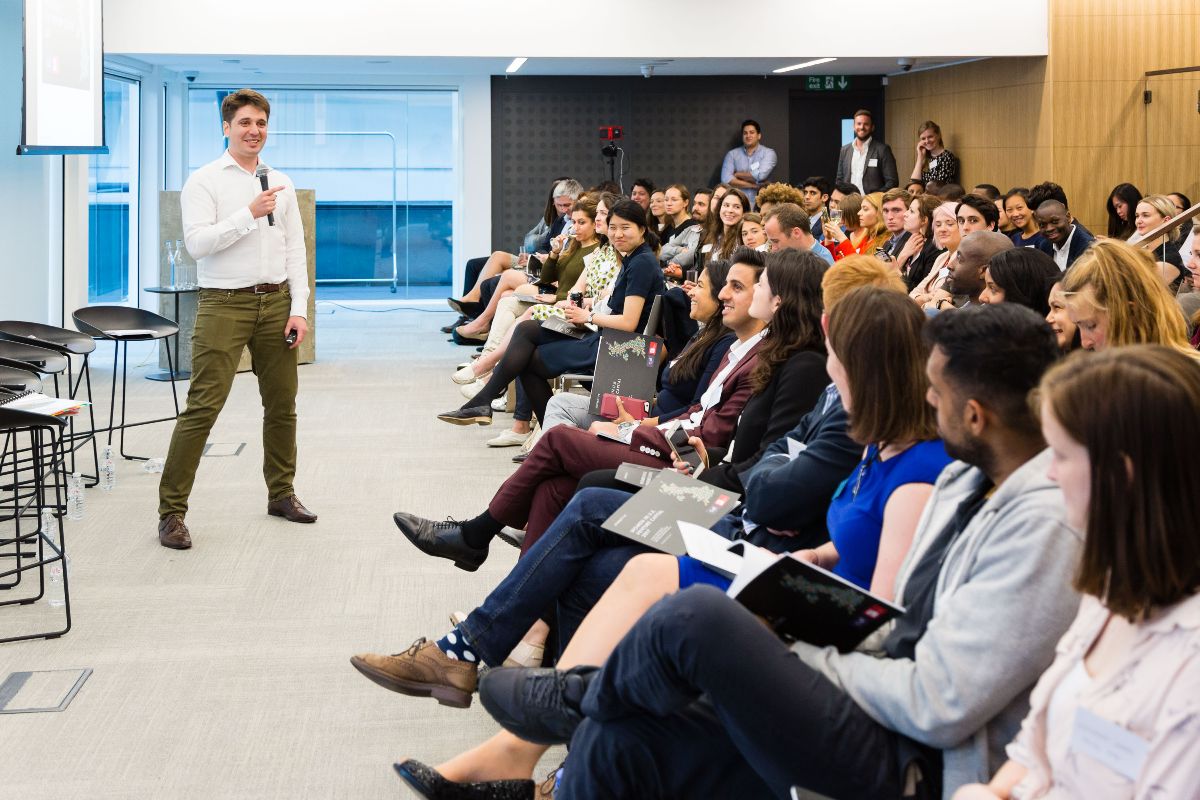 Join us for the first event of the EF Startup Series, which will be a series of discussions guiding you from the initial step of taking the leap into the start-up world all the way to how to successfully scale your business and what the future of technology looks like.

On Thursday 31st May Entrepreneur First, in collaboration with Diversity VC, will host a number of panellists to discuss their very first steps into the start-up ecosystem and considering questions such as:

What does it actually mean to found a start-up?

What were the most difficult conversations you had to have along the way?

What sacrifices did you have to make?

What does running a VC fund actually entail?

If you have ever considered what it might mean to found or work with a start-up come along to hear two fantastic panel discussions and meet similarly ambitious and enthusiastic people.

Our speakers include but are not limited to:

Alice Bentinck, Co-Founder of Entrepreneur First. Alice is also the co-founder of the Code First: Girls, offering free web programming courses for women in university. An advocate for the entry of more women to the tech field, she was named one of the Fifty Most Inspiring Women in European Tech by the Inspiring Fifty organisation in 2015. (@Alicebentinck)

Check Warner, Seraphim Capital, Co-Founder of Diversity VC.Check was previously with Downing Ventures where she focussed on seed funding for early stage technology companies. She is also CEO & co-founder of Diversity VC, a non profit in the UK and US which is determined to help build a fairer VC industry. (@checkwarner)

Lola Wajskop, Hummingbird VC. Lola is a senior analyst at Hummingbird Ventures, an early-stage tech VC fund. Before Hummingbird, Lola studied engineering for 5 years in Belgium (where she’s originally from) and specialised in Electronics/IT and telecommunications. She then pursued a masters in management at London Business School. During her studies, Lola co-launched Yes She Can: an initiative to promote engineering studies among female high school students.(@lolawajs)

Harriet Wright, Co-Founder, Panopy. Panopy is the only performance management platform that is designed to maximise team and talent diversity. Prior to founding Panopy, Harriet was the Business Innovation Director at Decoded, the world’s leading Tech Educator. (@harriet_rw)

Andy Ayim, current EF cohort member and previously Product Manager at World First. Andy is an entrepreneur passionate about creating pathways for people from lower income communities to break into tech. He believes there is a huge untapped labour force with potential in these communities. He previously cofounded a music discovery and distribution platform called Mixtape Madness. (@AndysHVC)

You’ll receive quarterly updates and information about events.
Sign Up

Diversity VC is working with entrepreneurs, investors and universities in order to create an industry that is free from bias.
Twitter Linkedin

Stay informed about diversity within Venture Capital and how you can make a difference.