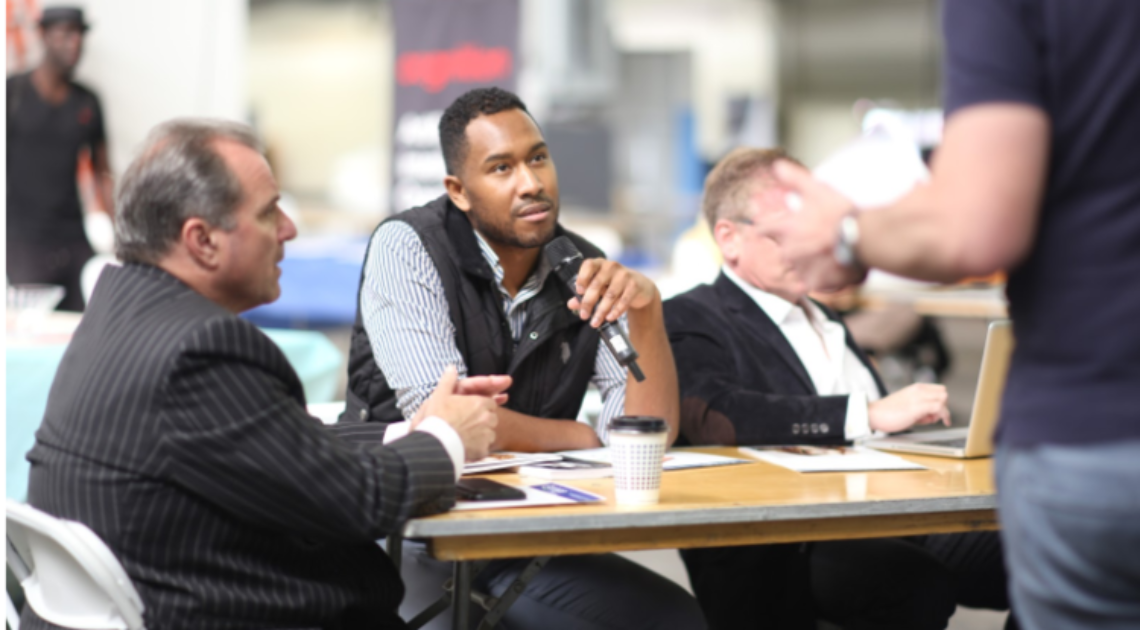 Becoming a Signal Above the Noise

I’ve always taken a bit of a non-traditional path. Before starting college, I founded a media startup for independent filmmakers with a close friend. We raised a (very) small amount of money but ended up shutting the business down after a year. I remember sitting across the table from a venture capitalist, she couldn’t have been more than few years older than me at the time. She astutely analyzed my now-defunct startup, suggesting ways we could have re-routed marketing efforts by looking closer at customer acquisition costs, sales cycles and customer lifetime value. The conversation went on for some time. I planned on asking if she specialized in the space but the conversation quickly pivoted to transportation technology…and then healthcare, followed by drones. I was drawn to the way she navigated each conversation with such skill and depth. I knew that if I ever wanted to have a successful business, I would need to see the market like her and really touch the entrepreneurial process of so many brilliant founders as she had. The way venture capitalists perceive companies has always impressed me and my aim was to work in the industry after starting college. Aside from a few coffee conversations, I knew next to nothing about venture capital and always wanted a straightforward and easy-to-read book on how to enter the industry. Prospective bankers and consultants had the luxury of these how-to guides so why not VCs? Last year, after a few weeks of searching and finding nothing, I decided to write my own. #BreakIntoVC is the book I wish I had when I was trying to land a job in venture capital and the response so far has been tremendous. This is the type of mentality we need to adapt when pursuing a career in venture capital or any high growth industry for that matter. Partners at VC firms are trying to source great companies in order to provide great returns to their investors. In order to do this successfully, they need to source great people and often bias their search toward networks, clubs and institutions that have traditionally been difficult for people of color to access. Diverse candidates need to find ways to continually send a signal that they are the most valuable people in the room. We’ve all likely heard that less 1% of venture capital money goes to African-Americans and people of colour — a colleague of mine recently revealed an even more striking statistic: despite black women owning and operating 100,000 tech businesses in the US, only 13 have raised over $1m. These realities impact people of color who are trying to work on the other side of the table as well. I didn’t really have access to mentorship or any particularly strong connections when I was pursuing a career in VC, so I realized the first time investors heard my name it wouldn’t have the network effects of my counterparts. I thought long and hard about this and decided to build a brief career as a research analyst. No one can dispute a well-written research report. I created an approach where I would get as granular as I could on a sector until I became an asset to the venture capital community. I realized my barriers to entry were not just my own, and this strategy could work well for others that didn’t have connections in venture capital, particularly people of color. I give a thorough outline of how to analyze a company in chapters 8 and 9 of #BreakIntoVC. In order for diverse candidates to stand out, they need to become what I call “a signal above the noise”. This is to say they need to credibly display information about their ability more so than the average candidate in the tech sector. My background is in economics so a lot of my approach drew from Nobel Prize-winning economist Michael Spence and his work on job-market signalling. His 1973 paper — now somewhat novel — simply shows that employers search for signals from employees that indicate a high level of job performance. Spence uses education credentials as the main signal but we can extrapolate the model to include research as well.

If you were to google my name and blockchain (“Bradley Miles blockchain”), the first page of results contains articles I’ve written on the space as well as quarterly and annual reports, The State of Blockchain, which summarizes key trends, data, and insights from the prior period. Outside of being the author of #BreakIntoVC, if I were to have a conversation with an investor, the dialogue would naturally shift towards bitcoin and blockchain. I’d become “the blockchain guy”, which isn’t a bad thing as the latest report shows. The State of Blockchain gave me a personal brand and access to some of the most brilliant people in the industry, which also gives me access to new deals quicker than most VCs, a huge value-add in the industry. I only mention these things because what I did in the bitcoin and blockchain space is highly replicable and value-accretive for anyone serious about pursuing a career in venture capital. A portfolio of research will continue to pay dividends in your career whether you pursue opportunities in VC or the larger tech ecosystem. Showcasing a body of work demonstrates exhaustive industry analysis and is your way to become a signal above the noise. You’re not only aiding yourself, but the venture capital industry in aggregate. Many studies indicate that diverse cohorts out-innovate and out-perform others as well as stimulate creative outcomes. Could the market be correct that only 13 of 100,000 black female-owned tech businesses (.013%) deserve venture capital? Of course not, there’s drastic inefficiency but also opportunity. My friends at Harlem Capital Partners and Troy and Marlon at Cross Culture Ventures are continuing to find businesses like Mayvenn and Blavity that are modernizing entire markets. There are multitudes of diverse entrepreneurs out there trying to do the same. Let’s find and support them by publishing a strong research-driven analysis of their business. — Bradley Miles is the author of #BreakIntoVC, a simple and approachable guide to thinking like a venture capitalist. He is also an investor at Stripes Group, a leading late-stage venture capital firm that makes $10-150 million investments in Internet, Software, Healthcare IT and Branded Consumer Products businesses.  Bradley’s goal is to become one of the most accessible VCs in the world. He’s given lectures at Harvard and Wharton on #BreakIntoVC and this research-driven approach and he’s looking to explore more of the industry in Europe.

His book is available on Amazon now, and you can contact him on bradley@breakintovc.com

You’ll receive quarterly updates and information about events.
Sign Up

Diversity VC is working with entrepreneurs, investors and universities in order to create an industry that is free from bias.
Twitter Linkedin

Stay informed about diversity within Venture Capital and how you can make a difference.